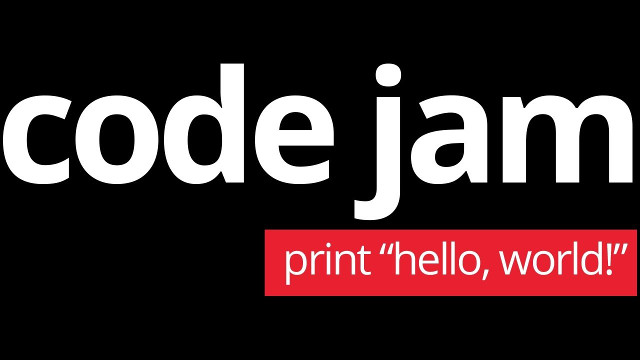 This is my solution to Google Code Jam 2020’s Qualifier problem D “ESAb ATAd”. It started (and was submitted as) a very messy piece of code, that really only worked because I’d tested it extensively. Syntactically, the main “loop” was a hairy nest of pattern matches and guards that made it very tricky to understand what was going on, let alone why. Check out my github if really you must know what I’m talking about.

So I refactored it. Little by little. Using various Haskell common practices to make bug introduction and reappearance less likely.

The biggest game changer is the new “batch” type representation I use for knowledge management, which makes it much more clear where in the amnesia process we are. Next up is implementing query counting as a ressource monad with exit by exception.

So it’s now in a state where it’s remarkably overengineered for a throwaway competitive coding problem, yet still (I hope) works on the venerable platform GCJ provides. Also somewhere in that uncanny valley between literate Haskell and a well-documented module. More could be done to make it even safer, but not too easily while keeping that platform requirement. Indexed monads come to mind, also (not as strongly as they’re much easier to reimplement) free monads.

Anyway, now it’s done, it might as well be put out there; by chance it could be of interest to someone, be it on the competitive algorithms or the language side.

This code was originally published as Haddock with source, but is now closer to literate Haskell. Starting with a few extensions and imports, as is now tradition.

I won’t reproduce the entire statement, you can find it at on the Code Jam site.1 For a summary: in this interactive problem, the judge has knowledge of a B-bits wide word called “the database” (for B among: 10, 20 or 100). It provides us with an operation to query a bit at an index of our choosing. The goal of the problem is to gain enough knowledge about the database’s contents that we can provide the entire bitstring at once.

There’s a catch. We’re only allowed 150 queries. There’s another catch. Querying the database, one time out of ten, will cause the database’s contents to both switch endianness (50% probability) and flip the bits (50% independent probability) before returning the (new) result.

The saving grace is that we know which queries trigger that so-called quantum fluctuation: they’re the very first one and then repeat with a period of 10.

That quantum fluctuation thing is quite the downer. We can only read 10 bits at a time from the database before everything is shuffled!

As it turns out, that’s not too much of a problem for the easy B = 10 case: the bits may be fluctuated before we even start, but as long as we only query 10 of them, they won’t be fluctuated again, so our gained knowledge is fresh enough that we can output the result while it’s still correct.

So, how are we to make sense of this? The trick is to always consider a bit as paired with the symmetrical one on the other side of the database, the one it would switch places with if the database were reversed. From a starting position, we can boil it down to two simple cases:

What’s interesting is that once we’ve identified a pair’s quality, not only will it never change, but we don’t actually care about what the operations are anymore!

So a valid strategy for the medium B = 20 case would be to:

The insight here is that since the database remains still within a query block, all the pairs read in that timeframe will remain the same with respect to each other, provided they’re of the same quality. For example, with respect to any given bit of a known even pair, the other bits of known even pairs will either have the same value or the opposite value, and that fact will remain true after quantum fluctuations, independently of the bits’ subsequent value.

This is better than having to probe every single pair in a single query block, but it still doesn’t cut it for a direct aproach: supposing we’d qualified all 50 pairs of the database, we’d still need to identify each group’s fluctuation status within a single query block. But that won’t fit: we could have as many as 20 groups (two qualities per block), while we’ve got the bandwidth to probe only 10 of them.

So instead of dedicating all of our queries per block to pair qualifying, we’ll instead use the first one or two to probe our previous groups’ status right after a quantum fluctuation. This way, our qualified groups won’t be independent from one another anymore, we’ll be able to batch them together into only a single batch per pair quality for the entire database.

Does this fit within the allowable query count? After the initial block, we’d use up 2 queries to probe, and the remaining 8 to qualify new pairs. So we cover 8 bits per block, the full 100 within 13 blocks. That’s 130 queries or less, it fits!

To guard against losing track of where I am between two quantum fluctuations, I’ll wrap the database querying with a basic resource manager, that checks whether the requested query would trigger a fluctuation. This is implemented with two monad transformers and associated classes:

This helps ensure two things: we only ever trigger fluctuation mitigation if we actually need to perform more queries (see the B = 10 case); and we don’t accidentally sync at a likely mistake point. After 9 or 11 queries, for example.

A lot of this would be better-suited to an effects system, but mtl is all we have on the platform. (And let’s consider ourselves lucky. A year or two ago, we only had bare transformers!)

For reference, the other constraints we encounter in the type signatures are:

Additionally, some newtypes to embellish the type signatures and prevent some classes of variable mixup:

Despite the current GCJ interface and level of Haskell, this problem was a very interesting one to solve.

If I find the motivation to put some more time into this, there’s more to be done on a few fronts: