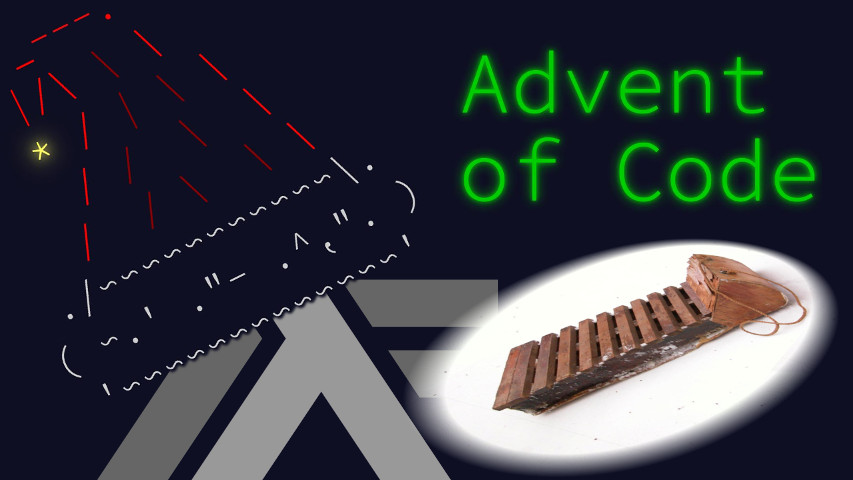 Today’s challenge can be solved by simple implementation. This post is literate Haskell.

The input is a subset of the local geology. The full geology is obtained by repeating the pattern as many times as necessary along the horizontal dimension.

So no need for intricate parsing, I’ll store it just about as is.

Now to count trees along a provided slope.

I’ll generate the list of positions encountered, and count those that are a tree.

To generate the positions, I’ll use a helper function that extracts a position from a pattern line and an X coordinate.

The pattern lines are already what’s stored in the geology variable, so I’d use it directly. Except for part 2, where one of the slopes skips a line out of two. So I use chunksOf to generalize the skipping aspect.

The X coordinates are a simple arithmetic sequence, generated by built-in syntax for enumerations.

The rest if wrapping: a single count for part 1, the product of multiple counts for part 2.